Excerpt from THE IMMUTABLE LAWS OF THE AKASHIC FIELD

The wish to understand and to improve the world are perennial aspirations of the human psyche. The search for this understanding and improvement has a long history.

In times past, our fathers and forefathers conducted their search under the influence of the religious and spiritual doctrines they inherited from their own predecessors. But today, the problems of everyday life have overshadowed this search. Except for deeply religious and spiritual persons, the probability of gaining enlightenment from the wisdom evolved by previous generations has been seen as insignificant. But today, as we pull out of the virus pandemic and seek the way forward, this is no longer the case. The search can be, must be, and is in fact, revived.

The quest in modern-day thought

In the history of modern-day thought, more and more people have freed themselves from the constraints of preconceived doctrines. This process has reached a new milestone in our day. Now we are looking around, and asking ourselves: who are we? And what kind of a world is it that we live in? Before we enter into the substance of this book, we should look back for a moment, and ask about the history of our answers to these perennial questions. 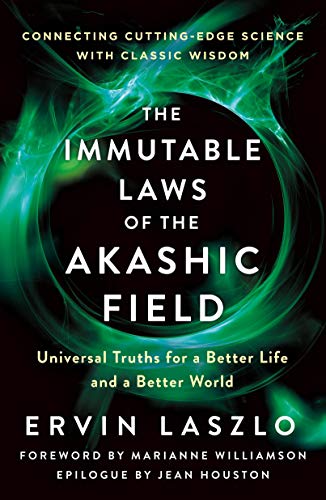 In the early Modern Age, our quest was inspired by the power of our imaginations. We found ourselves in a universe replete with meaning but also with mystery. This was the era of eighteenth- and nineteenth-century romanticism and metaphysics. We lived in a universe watched over by higher powers and intelligences, both benevolent (divinities and angels) and malevolent (evil spirits and devils). We attached meaning to everything we saw and everything that happened to us and those around us.

We soon realized that we cannot grasp everything in this meaningful but deeply mysterious world. We recognized that there are things in the world that surpass our understanding. Some of these things are beyond the scope of the world we can perceive with our bodily senses because they are too small or too large, or too far from us. But there are also things that are beyond human understanding. We did not wish to attribute these things to the inscrutable mind of God; we preferred to place their source in a deeper dimension of reality. We envisaged a cosmic source beyond rational understanding. This tenet inspired many great philosophical schemes, and a plethora of masterworks in literature.

The order of nature turned out to be a great and mysterious reality, and so are the vagaries of human destiny. Who are we in this world—and why are we faring the way we do? Is it karma, or just accident? These questions did not have a clear answer. Nonetheless, we pursued our search.

Then came a time for caution, for second thoughts. With the advance of science, we witnessed the birth of the scientific world picture, and that picture was less mysterious, but also more disappointing than the fruits of unbounded imagination. We had to choose between what we instinctively and intuitively believed was the real world, and the purified world of the theories and findings of modern science. Many of us opted for going with the tenets of science. This called for weeding from our established world picture the speculative elements, and affirming only those that science could warrant as an aspect of the real world.

A new phase opened in our quest for living a better life and a better world, an age dominated by down-to-earth thinkers: the positivist philosophers. They told us to get the facts, and only the facts. Under “facts” they meant data we could measure, repeat, and record. Find what the data tell you is the real world, and ask neither why what you find is there, nor what else could also be there.

The fact-reduced world of positivism proved to be a grounded but sterile world. The “facts” we encountered did not allow further questioning and proved to make for a meaningless world. Positivists themselves said that the real world is “just one darn thing after another.”

Our search entered a further phase. We realized that our data-reduced world is sound, but not adequate—it is devoid of meaning and likely only pierces the surface of reality in the world. The real world lurks somewhere in the background of the data, but little of it can be known by the purified data-reduced world of positivist science.

Some of us ventured beyond the limits of positivist science and found ourselves in a strange universe. It contained things and events that were inexplicable in light of common sense, and even in terms of the concurrent scientific worldview. Science moved beyond the commonsense world, but society as a whole did not. The mainstream’s world picture remained dominated by the Newtonian concept, where all things are ensembles and combinations of material particles, obeying unchanging mechanistic laws of motion. There are no exceptions to this state of affairs, and no grounds for denying its truth.

This turned out to be insufficient to explain what science was beginning to tell us are the contours of the real world. Scientists have come across experiences that appear as physical things and events, but are not confined to specific points in space and time. They have found phenomena of consciousness that are not limited to the brain. These findings were anomalous for the dominant world picture, yet they cropped up insistently in the wake of the ever wider and deeper investigations undertaken at the leading edge of science. We could no longer either ignore or deny these paradoxical findings.

We had to resolve the conflict between science’s findings and what we could believe is the real world. The difficulty in accepting science’s account of it was compounded by the fact that more and more of the world described by scientists shifted beyond the scope of human experience. It turned out that Shakespeare was right: there is more to this world than you and I can even imagine.

Where we are now

How can we account for the extra- or nonsensory elements of our experience of the world? We cannot go back to the wonderworld of speculative philosophy—that era has now been left behind. We have to recognize that the scope of the world discovered in science is wider and deeper than we thought. It includes elements that are inexplicable both for the classical view of the world, and for the emerging view in science.

Throughout the twentieth century, science’s world picture kept expanding; it embraced more and more in space and in time, as well as in depth and complexity. This expansion remains in full swing in the twenty-first century. Positivism performed a much-needed service, a thorough housecleaning. It swept away the unprovable assumptions and speculative theories of the previous era. But the purified world it bequeathed us was full of gaps. It could not account for the phenomenon of consciousness, and for things and events that exceeded the known bounds of space and time. It forced us to admit that some elements and aspects of the world are not rooted in experienced “facts.” In the past, we regarded these elements and aspects as esoteric, spiritual—in other words, unreal. We excluded them from our concept of the real world. But by the dawn of the twenty-first century more and more evidence has accumulated that suggest that some of these aspects and elements belong to the real world. We need to accommodate them in our world concept.

The gap between the world concept suggested by the investigations of scientists and by our own experience of the world has shifted from the terrain of scientific-philosophical theorizing to questioning our most basic concept of who we are, and what is the world around us. Science renounced the positivistic reduction of theories to facts, but it did not produce a comprehensible world picture. The injunction of Niels Bohr’s Copenhagen school of quantum mechanics—that science is not there to solve problems of meaning, and so if you work in quantum physics, “just solve the equations and don’t ask what they mean”—did not help. It merely sweeps the problem under the rug.