Science and the Reenchantment of the Cosmos : The Rise of the Integral Vision of Reality 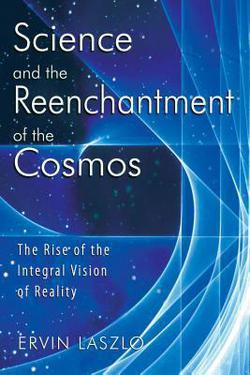 What scientists are now finding at the outermost frontiers of every field is overturning all the basic premises concerning the nature of matter and reality. The universe is not a world of separate things and events but is a cosmos that is connected, coherent, and bears a profound resemblance to the visions held in the earliest spiritual traditions in which the physical world and spiritual experience were both aspects of the same reality and man and the universe were one. The findings that justify this new vision of the underlying logic of the universe come from almost all of the empirical sciences: physics, cosmology, the life sciences, and consciousness research. They explain how interactions lead to interconnections that produce instantaneous and multifaceted coherence--what happens to one part also happens to the other parts, and hence to the system as a whole. The sense of sacred oneness experienced by our ancestors that was displaced by the unyielding material presumptions of modern science can be restored, and humanity can once again feel at home in the universe.

"In this book Dr. Laszlo gives an overview of a very different way to approach our view of the world. It a view of connectedness, coherence, and oneness. Terms that the metaphysical traditions have talked about for centuries, but now science is indeed catching up. And the great thing about this book is that it gives example after example of the scientific basis for the use of those terms in describing the fundamental nature of reality." (William Arntz, producer/director of What the Bleep Do We Know!?)

"[Laszlo] manages to combine and make use of reason and intuition as few other scientists can . . ." (Ode, Jan-Feb 2006)

“One hundred years from now the information in this book will be obvious to everyone. Right now, it’s a scientific revelation about how everything and everyone are interconnected. Reading this book is how we get there.” (William Arntz, producer/director of What the Bleep Do We Know!?)