Is this true? And what does it do for me, and for my world? 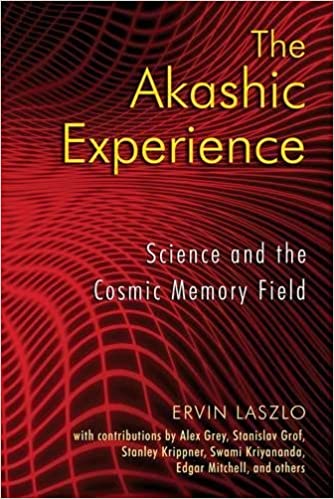 This statement is the first pillar of what in the foregoing blog we called "Akasha Consciousness." Is it mere imagination, attractive but unfounded new age thinking, or does it have a basis in reality? And if it does, what does it do for me and for my world?

The first thing to note is that this seemingly new age spiritual statement, "The world is not outside of me, and I am not outside of the world -- the world is in me and I am in the world," has a scientific basis. Accepting it is not wishful or foolish thinking. There is a new "paradigm" arising in the sciences, a paradigm of inclusive, intrinsic, and immediate oneness. It grounds this statement, and the consciousness of oneness that is now emerging in the world. We call it the Akasha Paradigm.

The Akasha Paradigm tells us that we live in an interconnected, intrinsically non-local world. Everything that happens in one place happens also in another place, and in some sense happens everywhere. This is the meaning of "non-locality." It is much more than the classical idea that one thing affects another, like one billiard ball hitting another ball and imparting its momentum to it. Classical cause and effect is limited by the classical limits of space and time -- even electromagnetic waves attenuate in space and cease in time. True non-locality is that one thing affects other things, all other things, instantly and enduringly. Every single thing makes a lasting impression on the whole world.

Fantastic? No -- it's science. Quantum science. This world is a giant quantum system where all things, and not only super small quantum things, are "entangled," intrinsically and instantly interconnected. Recognizing this is vital for our own well-being and for the survival of the whole of humanity. Below we shall see why. But first a word on what this concept does to our habitual picture of the world.

The Akasha Paradigm turns our current picture of the world on its head. In the everyday context we think that the things we see are real, and the space that embeds them is empty and passive. We now turn this around. It is the space that embeds things that is real, and the things that move about in space that are secondary. They are the manifestations of space, more exactly, of the underlying generative and interconnecting matrix that fills space. This is the deep dimension of the world the ancient rishis called Akasha. Their intuition is now confirmed at the cutting edge of the sciences.

Space, physicists now realize, is not empty and passive; it is a filled and active cosmic matrix, a unified field. This field is the ground, and the things we know as real things -- atoms, molecules and organisms, and stars, and galaxies -- are figures on the ground. The fermions, the leptons, the bosons, and the whole "particle zoo" now coming to light in physics experiments (including the just discovered Higgs-boson that explains why things have mass in the universe) not only appear on the ground: They are of the ground -- they are one with the ground. They are manifestations of the field that fills what we thought was "just space."

There is a handy metaphor for grasping this concept. Think of waves traveling over the surface of the sea. When you look at the surface you see waves moving toward the shore, waves spreading out behind ships, waves interfering with waves. The waves move from one point on the sea toward another, yet there is nothing in the sea that would move that way: The molecules of water on the surface do not move from one place to another, they just move up and down. The motion of the waves is an illusion -- an illusion not in the sense that there would be nothing that would correspond to it, but in that it is not what it appears to be. The waves travel over the surface of the sea, but the water of the sea does not travel.

The same applies to the motion of things in space. Things do not move across or over space, they move in, more exactly within, space. They are conveyed by space. Space is not empty and passive: It is like the sea in relation to the waves that appear on its surface. It is the underlying body that creates the waves, the cosmic matrix that generates and connects the particles and atoms, the organisms and the galaxies we see.

This does not mean that you and I, and all the thing around us, would be an illusion; it only means that we are not what we appear to be. The real world is not an arena of separate people and separate things moving across intervening space; it is the surface of a deep cosmic matrix. All things are part of that matrix, conveyed within and by it.

Not the sense of oneness with the world is the illusion, but the sense of separateness from the world. It is a dangerous illusion. If I believe that I am radically separate from you and the world, I am tempted to use you and the world to serve my own separate interests. This is what modern people have been doing for the past 300 years and more. Traditional people respected their fellows in the tribe and the world around them. They knew that they are part of each other. They were connected. Modern people are disconnected -- or so they think.

This is dangerous. We need to regain our connection with each other, with nature, and with the whole world. It is good to know that this connection is not a pipe dream, but the reality of the world -- of a non-local, instantly-interconnected world. As we shall discuss in this Akashic think blog, this realization changes our values and aspirations, changes how we think and act in the world. It may hold the key to our own well-being, and the survival and thrival of the whole of the human community.

Where, within your world, do you live?