We Have Lost Something Important, and We Must Absolutely Regain It -- But What?

There is something wrong with the world, something that makes it impossible for us to sustain ourselves in harmony with each other and with nature. Most other species can, and humans could, at least in the past.

Today we cannot. It seems that we have lost something. Something that we need absolutely to regain if we are to live and thrive. But what? 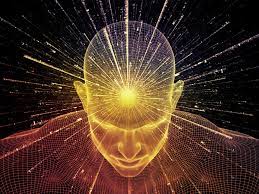 The answer, Akashic Think tells you, is supercoherence. You can read up on the basic features of the Akashic concept of the world in the second blog in the series. But now let's go to the key point: supercoherence. What is it -- and why is it so important?

This is not difficult to understand. Coherence is the quality that makes a jazz band into a great jazz band and a basketball team into a champion basketball team. And each of us into a thriving human being.

Think of it. The human body consists of more cells than there are stars in the Milky Way, and billions are dying and regenerating every day. Moreover, thousands of biochemical reactions take place in our body every second. This super-jazz band never ceases to play throughout our lifetime. It churns out harmonies with a recurring beat and with endless variation. If a major group of cells fails to participate in this performance, we are sick. And if such a group resonates only to its own beat without regard for the beat of the rest, we are very sick: We have cancer.

Cancer cells are coherent among themselves, but they are incoherent with the rest of the body. They reproduce themselves, but fail to take care of the functions that make the body into a thriving system.

Apply this to the world of today. Individual human beings, if they are healthy -- healthy enough to live -- are coherent: All their cells and organs are finely tuned to all the others. Life would not be possible unless this was the case. Now think of a family. A healthy family has a further form of coherence: Its members are also coherent with one another. They are tuned together. A mother typically "feels" if something is wrong with her child even before he or she cries and complains to her. A caring father senses the needs of his family without having to be told. Lovers feel each other particularly sensitively -- they are finely tuned to every thought, every feeling, every wish of the other. Healthy people are tuned to each other and to their environment. Healthy people are supercoherent.

What about larger groups -- entire communities, enterprises, states, cultures -- the human family as a whole? Are such groups partially coherent, or are they supercoherent?

Unfortunately, in today's world most human groups are only partially coherent. Divides forged by past generations not able to hear or be coherent, beyond blame and anger triggered by color, creed, dogmas, gender, and geography. If they were supercoherent we would not have abject poverty and deprivation, war and violence, and environmental degeneration throughout our lands and oceans. We would act and thrive in harmony to our fellow human and in service of our precious planet.

Healthy individuals are coherent themselves; they would not be healthy otherwise. But the human family, and the many enterprises, states, cultures and nations that make up the human family, are only partially coherent. Many lack supercoherence -- they are out of tune with each other and with their environment. That's the crux of the matter, the answer to what's wrong with the world. It's the important thing we have lost, the thing all viable species have -- the thing that we must now absolutely regain.

How do we all regain our supercoherence? The new way of thinking based on science's revolutionary Akasha Paradigm tells us how. That precisely is the topic of our next blog, the fourth in this "Akashic Think" series.

What is a coherence tune that you play in your life for your own world to hear?