Be Supercoherent -- Tune Into Your Consciousness! 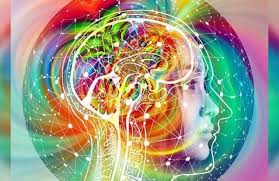 In our last blog, "We Have Lost Something Important and We Must Absolutely Regain It -- But What?" we said that the "something" that we have lost, that we used to have and that other species still have, is supercoherence.

This stands for the condition where a system, such as a person, a community, an enterprise, a state or a culture, is not only coherent within itself, but is also coherently related to other systems -- other persons, communities, enterprises, states and cultures. Supercoherence is the condition of being finely tuned to each other, so that together we can live and thrive. It's a basic precondition of sustainable life on this planet. But modern-day humanity has lost it. How then do we regain it?

You have heard of reading the akashic records? That's a legendary example of being "tuned into" the world -- tuned so we can read, perceive, everything that happens in the world, and everything that has ever happened in it. Is that possible? It is an unusual, but not an exceptional or miraculous happening. Our brain can pick up information from the world not only through our eyes and ears, but also directly, through a process physicists call quantum resonance. That kind of information is "nonlocal" -- it could have originated anywhere in the world, and at any time. Space and time are not factors in quantum-resonance reception.

The new and revolutionary findings we detailed in our second blog of this "Akashic Think" series, that our brain is connected with the world not only by decoding waves in the air -- sounds -- and waves in the electromagnetic field -- light -- but also by processing the wave-propagations that make space into an energy- and information-filled holographic cosmic matrix. It is now scientifically credible that we can connect with each other and with nature. But this doesn't mean that we recognize these connections. We can ignore them, and even deny that they exist.

We can overcome this limitation. We are not condemned to view the world through five slits in the tower; we can open the roof to the sky. We can regain our connection with the world. We can do this by tuning in again -- as a great jazz band tunes into the beat improvised by the clarinetist, and as a champion basketball team tunes into the teammate who moves spontaneously into a position to score. Tuning in means becoming aware of what goes on in us. Aware not of the information processing that decodes quantum wave-propagations in our brain, because that is not available to our consciousness, but of the subtle information that emerges in our consciousness as a result of it.

Your body and brain are ready and capable for supercoherence. The key to fulfilling their potential is consciousness -- your lived consciousness.

If you want to be supercoherent, you must take the time to listen, feel, and be aware of what you hear and feel -- of all that you hear and feel. Few people do that today, yet it is a fundamental precondition of thriving on Earth. Every species other than the human is supercoherent -- if it were not, natural selection would have weeded it out long ago. But we humans maintain ourselves in a condition of partial coherence by exploiting each other and our environment, distorting and damaging the coherence of others. This cannot go on. It would lead to the extinction of our species, and the collapse of a large part of the web of life on Earth.

The choice before us is simple and basic. We either regain our supercoherence, or face extinction. If we remain coherent only within limited groups and incoherent with the rest, we are a cancer in the web of life. But we do not have to be a cancer, we can regain what we have lost in the headlong rush of the modern world: our deep and subtle, but real connection with each other and with the world.

The imperative for human life on the planet is clear. Become supercoherent, or become extinct. What will our leaders choose -- our neighbors and friends choose?

What will YOU choose?