The common narrative of spiritual accounts of this story of unity and coherence being (re)discovered by science is that of oneness.  Indeed, while the holotropic paradigm is gaining purchase through areas of scientific research in the sciences of complexity, quantum physics, cosmology, psychoneuroendocrinoimmunology and similar transdisciplinary and integral fields of study, spiritual traditions have long asserted the communion of all with all. 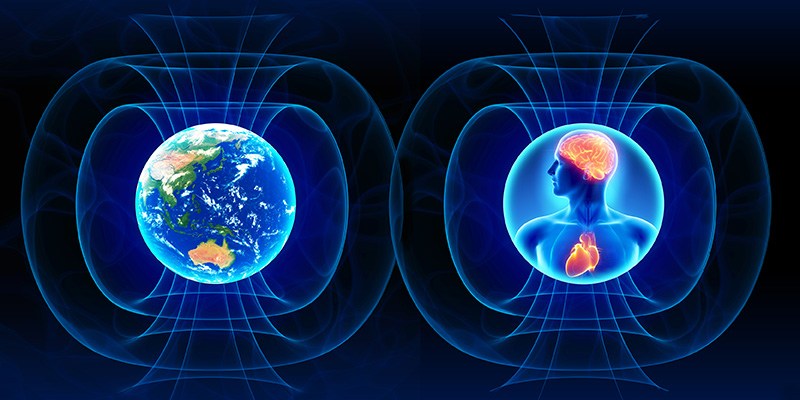 There are as many ways to define spirituality as there are people willing to argue them.  However, in essence, spirituality can be understood simply as all that which brings us into sacred relationship with the world (both the inner world of contemplative reflection and the outer world of interactive engagement).  It means accepting and drawing on information sourced from domains beyond those accessible to the standard five senses (or the sciences that validate them and the technologies that augment them).  It does not rely on faith or belief any more than does empiricism.  In fact, it enriches, augments and extends empirical understanding by offering the opportunity for complementary insight.   In this sense, volunteer work could be spiritual.  Meditation could be spiritual.  Taking out the garbage could be spiritual.  Or none of them could be — it depends on how we engage with reality and where we draw the boundary of "legitimate information input" and "illusionary information input".

When we work with the understanding that spirituality is the embodied and enacted awareness of the interdependence of all things, it serves as a pathway to sourcing, sensing, and coming into sacred relationship – with self, others, the more-than-human world, our ancestors and future generations, and the deepest realms of cosmic being.[i]   Spiritual exploration of the lived pattern-that-connects, or the sensed quintessence of cosmic harmonies that run through and tune all beings with each other, expresses similarly to scientific exploration of holotropic attractors and the evolutionary pattern Bohm referred to as holomovement.  Through a biding respect for the animate matrix of life and the interconnectedness of all things throughout the vast reaches of the universe, the path of spirituality expresses a quest for communion, transcendence, connection and interbeing.

Four recurrent themes tend to characterize this quest.  These include engagement in a trip that involves travel through planes of existence not commonly accessed by our five senses in states of corporeal existence.  Such trips often are undertaken in an ecstatic trance that provides powerful access to extra-ordinary states of consciousness.  These states are associated with the attaining of vision-beyond-vision, bringing insight in ways not normally attained in association with the mundane dimensions of physical reality.  In the process, some form of transformation typically occurs, often in ways that bring new power in the form of “medicine” with knowledge of how to use it.  This healing, protective and vitalizing medicine is then brought back into the day-to-day reality of ordinary consciousness as deep wisdom.  Here it can be applied to aid in the connection between life and the life-giving patterns and energies that abide in the spirit realm.

Not all spirituality follows this pattern of engagement, though often enough it seeks to approximate it to some degree.  The knowledge obtained through spiritual inquiry is fundamental, direct, unprocessed and raw.  It is not at all the processed, refined, considered and deliberated knowledge obtained through scientific pursuit.  According to John Heron and Peter Reason[ii], there are four types of knowledge domains, though the Western mind tends to acknowledge and focus almost exclusively on the last two domains, dismissing and often disparaging knowledge derived exclusively from the first two.  These are: experiential, presentational, propositional and practical forms of knowing.  Heron posits that these four forms of knowing can be seen as aspects of human intelligence and ways through which we dance with the primal cosmos to co-create our reality[iii].

Experiential knowing means direct encounter, face-to-face meeting: feeling and imaging the presence of some energy, entity, person, place, process or thing. It is knowing through participative, empathic resonance with a being, so that as knower one feels both attuned with it and distinct from it. It is the co-creative shaping of a world through mutual encounter. Experiential knowing thus articulates reality through inner resonance with what there is, sourced from domains that include, but often transcend, those accessible in normal states of waking consciousness. When integrated with other forms of knowing, it provides essential grounding for them.

Presentational knowing emerges from and is grounded in experiential knowing. It clothes our encounter with the world in the metaphors and analogies of aesthetic creation. Presentational knowing draws on expressive forms of imagery, using the symbols of graphic, plastic, musical, vocal and verbal art-forms, and is the way in which we first give form to our experience, expressing it through metaphor and analogy. These forms of non-intellectualization symbolize both our felt attunement with the world and the primary meaning which it holds for us.

Propositional knowing is knowing in conceptual terms; knowledge by description of some energy, entity, person, place, process or thing. This kind of knowing is expressed in statements, theories, and formulae that come with the mastery of concepts and classes that language and number bestow. Propositions themselves are carried by presentational forms—the etymologies, the sounds, or the visual shapes of the spoken or written word or number—and are ultimately grounded in our experiential articulation of the world even though they can only ever represent abstractions of it.

Practical knowing is knowing how to do something, demonstrated in a skill or competence. It presupposes a conceptual grasp of principles and standards of practice, presentational elegance, and experiential grounding in the spatio-temporal situation within which the action occurs. It fulfills the three prior forms of knowing, bringing them to fruition in purposive deeds, and consummating them with its autonomous celebration of excellence in accomplishment.  Human feats of action upon the world, from tool making to the manipulation of matter and energy for constructing the components of civilizational advance, are expressions of practical knowing.

While science tends to thrive in the pursuit and postulation of propositional and practical ways of knowing, spirituality tends to take recourse primarily in experiential and presentational ways.  The elements of the mystical and the transcendental are favoured over those of the rational and this-worldly.  The idea of intuition in Henri Bergson, the existentialism of Martin Heidegger, the aesthetic world-view of Ortega y Gasset, the pantheism of Baruch de Spinoza and the panentheism of Karl Krause are among the classical influences in Western thought that opened pathways to complementarist approaches with Far Eastern views on and practices of knowing.

Exploration of those elements of human experience that correspond to transcendental domains has always been primary in the Hindu culture of the Indian subcontinent, combining with monotheism and occasionally with mysticism in the cultures of the Arab world.  Similarly, the indigenous cultures of the many peoples of Africa express a spiritualist and animistic appreciation of life, an orientation shared among many traditional belief systems of the Orient.

For example, the Indian philosopher of the early 20th Century, Sri Aurobindo, developed an integrative evolutionism that has deep parallels with Bergson’s philosophy and his insistence on the role of intuition in acts of non-intellectual cognitive prehension[iv].  Bergson's ideas on matter, consciousness, and evolution agree with Vedantic and Puranic philosophies, suggesting a basis for the contemporary complementarity of appreciations between East and West[v].

These approaches, from East and West, speak to forays into the exploration of being and reality that contemplate the integral nature of existence.  Rather than relying on notions of cause and effect and a search for validity and knowledge, the spiritual approach is more concerned with notions of attraction and co-arising and a search for rightness and wisdom.  The sense that we are living in an animate universe imbued with spirit, rather than a cold and uncaring universe governed by sterile laws of action and interaction, feeds the spiritual quest for engagement with, and expression of, an all-pervasive and in-forming anima mundi.  While this search has often been expressed in homocentric and chronocentric terms that accord with human perceptive capacity, there is an emerging trend toward exploring the underlying patterns of cosmic coherence in this miraculously integrated and spirit-infused universe.  Spirituality provides powerful pathways for the contemplation of the perennial wisdom underlying and information all of creation.  Recognition of the oneness of this underlying source of all that is, has been, and will be, expresses a deep-seated need to celebrate existence; to stand in awe of the wondrous workings of a universe that speaks to us, if we know how to listen with the heart and the gut at the level of experiential knowing.  Here we come into direct contact with source, with the quintessence of the cosmos.  And what do we find there?  In the spiritual traditions, it is often sensed as love, spirit, or infinite consciousness.  In essence, this is no different from the holotropic insights emerging through contemporary scientific inquiry.

[i] Laszlo, A. (2020). Practices that Ensoul the Cosmos: Expressions of Connectedness on Medium.com 27 May [https://medium.com/@Alex8er/practices-that-ensoul-the-cosmos-f36f4217f00b]