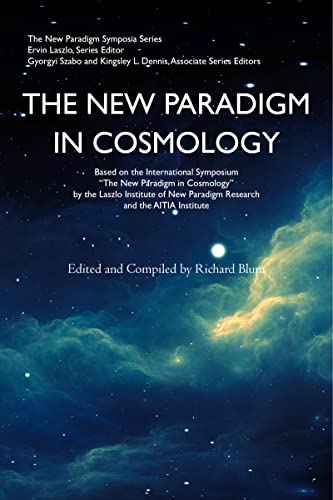 In December, 1921, leading cosmologists from around the world presented their latest thoughts and theories, including some unique perspectives on the branch of astronomy and metaphysics that deals with the nature of our cosmos. The Laszlo Institute' s first online symposium in the series in July, 2021, was on the subject of contemporary politics. Our e-book titled The New Paradigm in Politics summarized the symposium' s presentations exploring the meso-dimension of human affairs and experiences that constitute our everyday reality. Participants in the symposium heard a rich exchange among leading authorities on governance, policy making, organization development, law, and civil society. The dynamics of this self-organizing, participatory community event revealed how interdependent and truly interrelated we are— not just as people on this planet but as part of the way our Earth itself evolves and adapts.

We might ask why a research institute committed to improving the state of the contemporary world hold a symposium on cosmology?

How does the cosmos factor into determining the state of human beings on this planet?

In order to understand this relationship, perhaps we should first consider the meanings of “ cosmos” and “ universe.” Kósmos; smos in the original Greek sense of the word is the totality of all that exists. It is eternal, infinite in time, and if our reality is truly fixed— and nothing is transitory— the cosmos is also infinite in space. Today, our “ universe” refers to a different reality. According to current scientific conceptions, the universe is not infinite in time. Nor is it infinite in space. It is a limited spacetime domain within the all-encompassing reality we call cosmos, supporting the theory that our universe had its origin at a given point and has been persisting in time and expanding in space ever since the big bang.

To answer the question of why information regarding such a universe is relevant to human concerns, the answer is this: If the universe arose within the womb of the cosmos and is not an eternally fixed domain but is subject to change, development, and “ evolution,” the way it changes could be an indication of laws and regularities that govern change and evolution within the universe. If so, the evolution of the universe as a whole is relevant to the existence of things within it, including human existence. Humankind can then be viewed as an integrally linked part of a holistic universe— the same as every quantum and every galaxy in space and time.