The rise of quantum consciousness could be the biggest step our species has taken since it came down from the trees. It would bring us to a new stage of species maturity and could also enable us to surmount the problems that threaten our life and our future.

But just what is quantum consciousness, or QC? I have spoken about QC in my previous posts, but the question merits a further, deeper look. 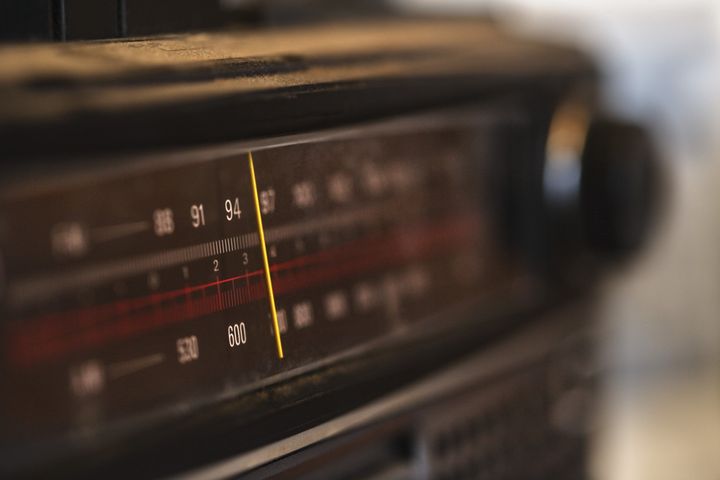 According to received wisdom, the things and events that make up our experience of the world originate in the world. People and things around us reflect light and make sound; for the most part they can be seen, heard, touched, smelled, or tasted. The corresponding signals reach our eye and ear in the form of waves in the electromagnetic field, in the air, and in the physical, chemical, and biological fields in and around our body. Our exteroceptive senses transform this information into nerve signals, and the signals are analyzed, sharpened, and interpreted by our brain. The result is the experience that appears in our consciousness.

This is the gist of the standard scientific explanation of our perception of the world, but it’s not complete. It’s incomplete not only because it fails to solve the age-old philosophers’ puzzle, how physical signals can transmute into intimately felt conscious experience (is this transmutation the work of the brain, or does the brain also transmit forms of consciousness from the external world?), but also because it doesn’t account for all the things that appear in our consciousness. Some of the things that appear in our consciousness convey information about the world even though we cannot see how they could be based on sense-perceivable events. Happily, unlike the philosophers’ “hard problem,” this is no longer an unsolved puzzle. We now realize that our brain is not limited to capturing sense-organ-conveyed information, for it’s not just a classical biochemical system. It’s also a “macroscopic quantum system,” and such a system can “resonate” with the world. On the quantum level it can capture and process signals that far exceed the range of the signals available to the bodily senses.

The quantum-perception of the world is just as real as its sensory perception. Here, in brief, is why.

All things in space and time emit waves, and these waves interact with the waves produced by other things. They create wave interference patterns. Pressure waves in the air, and electric and magnetic waves in the EM field, diminish with distance, and the patterns they produce are limited to our immediate vicinity. However, quantum waves (waves that propagate in the nearly infinite virtual-energy domain that fills cosmic space) move instantly over any distance. The kinds of interference patterns they create constitute quantum holograms, and quantum holograms are “entangled” with each other — they are instantly connected. As a result the information carried by one quantum hologram can be transferred to any other quantum hologram. Thus a system that can “read” the information in one hologram has access to the information carried by all. Our quantum-resonance-decoding brain could in principle capture information on anything and everything that creates quantum-interference waves in the universe.

Evidently, to capture this kind of information, our brain must have the corresponding receptivity. Scientists are now beginning to understand how quantum-hologram receptivity might be built into the brain.

It appears that quantum-level signals are picked up by microstructures in our brain’s cytoskeleton (the cytoskeleton is a protein-based structure that maintains the integrity of living cells, including neurons). The neurons in the brain are organized into a network of microtubules of microscopic size but astronomical number. There are about 1 x 1018 microtubules in the human brain, and “merely” 1 x 1011 neurons (though this number is still larger than the number of stars in the galaxy). With filaments just five to six nanometers in diameter, our network of microtubules — the so-called “microtrabecular lattice” — is believed to capture, process, and convey information.

Physicist Roger Penrose and neurophysiologist Stuart Hameroff claim that consciousness emerges from these quantum-level elements of the brain’s cytoskeleton. The microtrabecular lattice could be responsible for the quantum-receptivity of our brain, picking up, transforming, and interpreting information based on phase-conjugate resonance.

If this is the case, there is not just one mode of perceiving the world available to us, but two. We have what neuroscientist Ede Frecska and anthropologist Luis Eduardo Luna call the classical “perceptual-cognitive-symbolic” mode, based on information conveyed by our bodily senses, and we also have the “direct-intuitive-nonlocal” mode, enabled by the quantum receptivity of our brain’s microstructures.

In today’s world we tend to perceive the world in the classical mode, yet we could, and sometimes do, perceive aspects of it in the direct mode as well. However, our left-hemisphere-dominated perceptual mode represses information that doesn’t accord with our established ways of thinking. Only in spiritual, religious, or mystical experience does such information penetrate to our everyday awareness — and then, just fleetingly.

Yet our brain could operate in a more balanced way: the cerebral functions underlying our everyday awareness could be more embracing than those in the classical perceptual mode. Operating in this way is possible, and has already been achieved by a few people. This was the finding of British psychophysiologist Maxwell Cade, who in the 1970s examined the EEG patterns of more than 3,000 individuals. He had found four typical patterns, made up of specific combinations of alpha, beta, and theta waves. (He did not consider dreamless deep sleep, where delta waves predominate.) Each combination turned out to be associated with a particular state of consciousness. The consciousness accompanying dreamful sleep, the state between waking and sleeping, and deep meditation each exhibits a typical combination of EEG waves. Dreamful sleep, the transitory state between waking and sleeping, and meditation all show pronounced alpha and theta waves. Our state of ordinary awareness is dominated by beta waves.

But Cade also found a “fifth state.” This is the remarkable state that comes to light in the EEG-portrait of accomplished healers. Cade called the consciousness associated with this state “awakened mind.” Here alpha and theta waves are strong, much as in the meditative state, but there are also beta waves. In some healers this state has become the norm, maintained not only during active healing, but also in everyday life.

Just as remarkably, in the fifth state the EEG waves are balanced across the left and the right hemispheres. This is important. The brain-state underlying ordinary consciousness is left-hemisphere dominated, and we know that the left hemisphere filters out experiences that do not mesh with our established beliefs and expectations. We also know that deep prayer and meditation activate the right hemisphere and tend to synchronize the two hemispheres. A hemisphere-synchronized brain can operate in the direct quantum-resonance mode: as experiments I have witnessed myself demonstrate, expert meditators synchronize not only their own left and right hemispheres, but can also synchronize their left and right hemispheres with the synchronized hemispheres of others who meditate with them. And this synchronization occurs in the entire absence of sensory contact among the meditators. They can be in different rooms, different cities, even on different continents. (I reported on these experiments in my book, Science and the Akashic Field, and in other books.)

Unfortunately, a state of deep prayer and meditation is not functional in the everyday context: in most cases we need to sit with closed eyes, detached from the world around us.

A truly evolved consciousness would have the quantum-receptivity of deep prayer and meditation, but it would operate also in the everyday context. It would display a broad EEG wave-spectrum, embracing alpha and theta as well as beta waves. And it would show that the two brain hemispheres are highly coordinated, so that the information processed by the quantum-mode receiving right hemisphere is readily communicated to the sensory-information processing left. An evolved consciousness is wider and deeper than the everyday consciousness of people today, and more functional than the consciousness of those engaged in deep prayer and meditation.

In the past this kind of consciousness has been limited to exceptionally sensitive and creative people: to healers and poets, prophets and spiritual masters. In the future it could spread to a wider segment of the population. Humanity could be evolving its consciousness.

In closing, let us return to the example of the radio. Tuned to the right station, our radio can pick up and bring to us a great symphony. Imagine what our quantum brain could bring to us when, in the expanded and balanced mode, it would be tuned to the information encoded at the heart of the cosmos. This would be veritably a cosmic symphony. Of course, we could never capture all of it — only God could do that — but we could capture far more than we do today. This would make us more empathetic as individuals, and more cooperative as citizens in our interactive and interdependent global community. The rise of these attributes in a critical mass could be the key to our continued survival. QC may be not only the next step in our species evolution; it could also be our collective salvation.