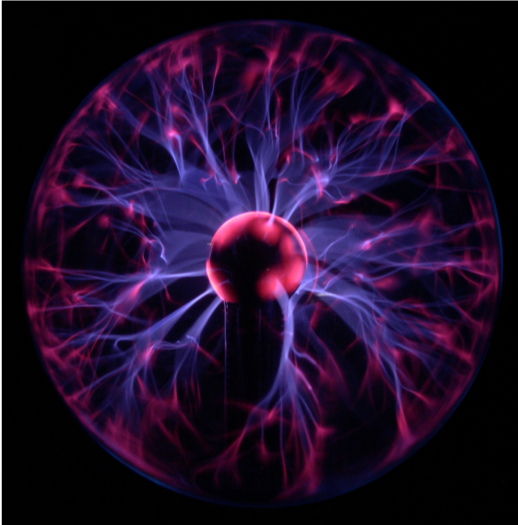 Belief in matter as the stuff out of which things in the universe are built was first grounded in the natural philosophy of Democritus. Underlying the diversity of phenomena in the world, Democritus claimed, there is a unity vested in the ultimate indivisible units he called atoms. Atoms are natural entities that take up space and exhibit the forces of inertia and gravitation, and as such are considered to be the basic substance called matter. The observed diversity of the phenomenal world is traced to the manifestation of different combinations of atoms: chunks of matter. This served philosopher Descartes to follow up the distinction between primary and secondary qualities introduced by Galileo with the affirmation that the objective world of primary qualities is the world of res extensa, while the subjective realm of mind is another world, the world of res cogitans.

Newton’s monumental synthesis of the laws of nature applied to the objective world of matter. Confining himself to this realm was not the intention of Newton: he believed that matter itself is a deeper reality beyond the physical world. However, his followers, and soon the mainstream science community, viewed the term ‘m’ (which stands for mass in his equations) as meaning matter. For example, in the equation F = MA (force equals mass times acceleration), force was considered to be produced by the acceleration of matter. Einstein’s famous equation of the equivalence of mass and energy (e = mc2) also acquired a materialist interpretation. When massive particles are accelerated to the square of the velocity of light, we get energy. This is believed to mean that when we accelerate a unit of matter to the limit of physical velocity, mass vanishes and is replaced by energy.

Throughout the centuries, western-world descriptions of physical reality referred to matter.  Matter was considered that which endows Democritus’ atoms with physical reality, and given that all things in space and time are aggregates and combinations of atoms, physical reality was believed to be the world of matter.

The materialist world-concept found application in the sphere of everyday life. For example, until the 15thcentury the unit of commercial exchange was a piece of gold, silver, or precious stone: a chunk of matter. Already in the classical civilizations the material unit of value was standardized as coins of gold or silver of specific size and weight. And as of the birth of the banking system in the 15th century, value has been embodied by artifacts and other products of human work and ingenuity. Initially peasants in the hills around Siena deposited the cheeses they produced on the benches (“banchi”) of money lenders and received credit according to the quality and size of their deposit.

However, gold prevailed as the international standard of value until the 19th century. The medium of exchange was gold, and its exchange value was pegged to the size and amount of ingots of gold—material objects held in the vaults of the creditors. When exchange value was transferred to accounting units such as currencies, their value was still backed by reserves of gold. Only in the 20th century did units of exchange lose direct connection with a material substance.

Modern medicine was likewise matter-based. Unless they could physically manipulate—operate on—their patients, physicians prescribed biochemical substances and combinations of substances to effect a cure. These substances are forms and combinations of molecules:, and thus they are units of matter. The alternative or complementary branches of medicine (known as energy- or information-medicine, where the cure is based on energy and information rather than on biochemical substances), came into wider use only in the latter part of the 20th century.

In physics, materialism has been dominant until but not beyond the first part of the 20th century. Relativity theory challenged the materialism of Newtonian physics, but did not eliminate it. Even though anomalies appeared (it was not clear how the parameters of matter could change with the velocity with which matter travels), the term for mass in the relativistic equations could be interpreted as referring to a basic substance identified as matter. In the third decade of that century, however, the quantum revolution cast serious doubt on the classical interpretation. If quanta are material entities, major anomalies appear. Units of matter cannot be in more places than one, nor can they exist simultaneously at different times. They are unambiguous measurable, with single values for terms such as mass, position, and velocity. None of these requirements has been found to apply to observations in quantum physics. Quanta do not have fixed position in space and time, do not have single values for position and movement, and are interconnected beyond the known confines of the interaction of matter in space and time.

Gradually, but then ever more insistently, science’s view of the world shifted from configurations of matter to flows and structures of energy. However, even energy in the classical form—in which it is associated with mass (and hence with matter)—did not offer a cogent explanation: phenomena appeared that did not involve any known form of energy. They surfaced in interactions between and with quanta, and these anomalies (including the space- and time-transcending connection known as “entanglement”) transformed the world picture of physics. It shifted from the classical concept of reality being made up of individual mass-points in space and time to a globally interconnected world that is instantaneously interconnected and integrally whole. In the new picture the basic element of the world is not matter, and not even energy. It is information.

In the course of the 20th century, and then in an accelerated form in the 21st century, the world concept of science shifted first from matter to energy, and then to information. The shift was paralleled in society. Value in financial transactions was no longer pegged to the energy involved in carrying out the transactions, and not even to the material substance that backs it: it is accounted for in the form of consensually accepted information. A Dollar or a Euro has the value central banks assign to it regardless of whether the banks hold any material substance to back it.

Likewise in medicine: diagnosis and therapy centered progressively on information rather than on the molecular substances that make up the body. Although information still referred to the body of the patient, medicine became less concerned with the biochemistry of that body than with the information the healers can obtain from it, and can also insert into it. In some branches of the new medicine—the paradigm case being homeopathy—in healing biochemical substances have been almost entirely replaced by information.

A new paradigm has been emerging in medicine, in the financial system, as well as in the field of communications. In the latter the unit is now no longer a material entity, or even a representation of such an entity (such as a sign or symbol of a written letter or word): it is the bit—which is pure information.

Processes of “dematerialization” in society have a sound observational basis in physics. When scientists probe the fundamental nature of reality, they descend to the ultra-small dimension, to the quantum world. At that dimension they do not observe anything that would suggest that there is such a thing as matter in the universe. What in classical physics was considered a manifestation of matter—something that has inertia, occupies physical space, and has mass associated with gravitation—does exist in the ultrasmall dimension, but it is not a substance. Ultimately it is not even energy, but just something that acts as matter and manifests as energy. In itself, it is but vibration.

Theoretical physicists have said this much from time to time. In one of his last lectures in Florence, Max Planck noted, “As a man who has devoted his whole life to the most clear-headed science, to the study of matter, I can tell you as a result of my research about atoms this much: There is no matter as such. All matter originates and exists only by virtue of a force which brings the particle of an atom to vibration and holds this most minute solar system of the atom together.”

Planck’s statement was matched by the pronouncement of the maverick genius Nicola Tesla. Tesla suggested that if you want to know the secrets of the universe, think in terms of energy, vibration, and frequency. Einstein concurred. What we have called matter, he said, is energy whose vibration has been so lowered as to be perceptible to the senses. There is no matter.

Today we know, and should not hesitate to affirm, that there is no matter in the universe. What there is, is vibration—more exactly, clusters of vibration of specific frequency, phase, and amplitude. It is not from bits of matter, but from coordinated clusters of vibration that the things we observe in the world are built. It is not that reality would be material, and vibration would be how material reality manifests for us. There is no reason to assume that there is matter underlying the vibration. The entities that exist in the world are coordinated clusters of vibration occupying fuzzily demarcated regions of space and time and displaying inertia and gravitation. They have the characteristics classically said to be the hallmarks of matter, without being material themselves.

The shift from the old to the new paradigm is the shift from the classical belief that ultimately all things refer to things that have corpuscular properties and exists independently of their perception at particular locations in space and in time, to the concept that all things are wave-frequency manifestations of information that is present at all points and at all times.

In the context of the emerging view we can still answer the question, “what is there in the world,” but we need to phrase it, “what is the vibration that produces the phenomena we observe in the world”? The answer to that is field. A universal field, coextensive with space and time, vibrates and produces the things that furnish space and time. In physics and cosmology this field is known by various names, among them grand-unified field, zero-point field, universal quantum field, Akashic field, and implicate order.

The vibration of the universal field is governed by instructions or algorithms: these are the laws of nature. They determine what vibrations appear, how they interact, and what phenomena they produce. When the field vibrates at a frequency that corresponds to the square of the velocity of light, it manifests as energy. When it vibrates at the frequency of the velocity of light, it appears as light. At lower frequencies matter-like clusters of vibration appear: atoms and molecules, and multi-atomic and multi-molecular entities. At still lower frequencies the vibrations appear as the ineffable phenomena we associate with mind and consciousness. At the bottom frequency, the frequency of the cosmic ground state, it conveys the ensemble of the laws of nature. This is the set of algorithms Einstein identified with the mind of God. It is what makes this universe what it is, among all the possible universes.

The physics of a nonmaterial universe is in active research and development.[1] But in regard to the question of the existence of matter, it already gives a cogent answer. We do not need matter to explain what we find in the world—’matter’ is not needed in medicine and in healing, nor in the economy and in communication. It is a superfluous concept that only complicates our understanding of the world. The time has come to say good-by to matter as an element in the real world.