The Quantum Brain, Spirituality, And The Mind Of God

May 25, 2011 by Ervin Laszlo, in First blog
When our brain (“a quantum computer” as I said in my previous posts) connects us to the world, that experience of connection is the same source from which artists and even scientists draw inspiration and creativity. The quantum connection of our brain can serve us as a subtle but trustworthy compass — one long known to traditional peoples and cultures but largely ignored in the modern world. 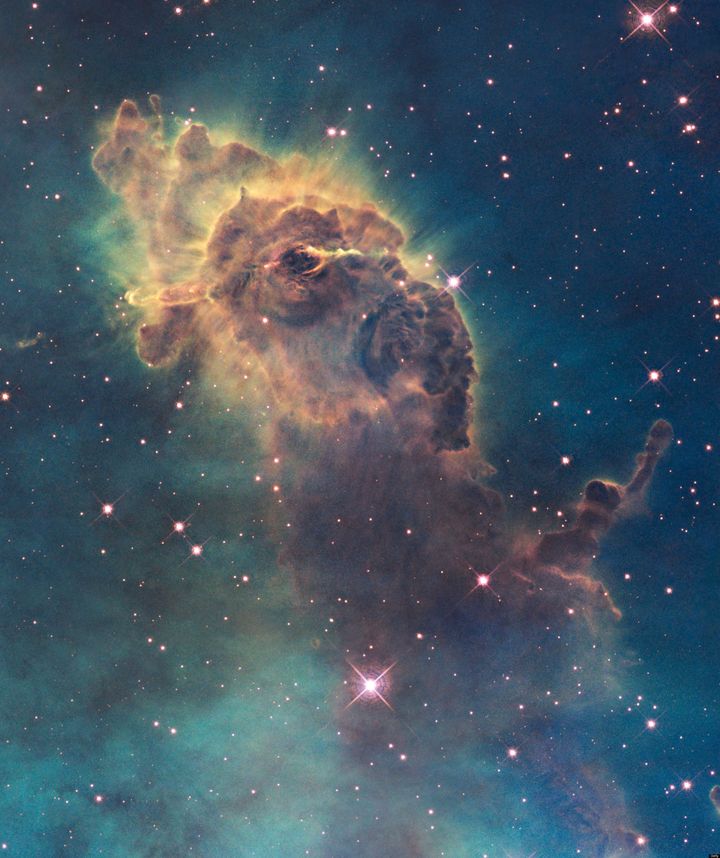 The experience of connection is also a source of spirituality. The great teachers entered a deeply altered state, had a spiritual experience, and when they returned to their waking state, they endeavored to capture it in words. Their words became the scriptures venerated by their followers.

The spiritual/religious experience has been basically the same in all epochs and cultures. It has always been an experience of oneness and belonging. William James described it as the sense of entering into union with something deeper and larger than oneself. The experience of people in all epochs and walks of life confirms that James was right: we are like islands on the sea, separate on the surface but connected in the deep.

Although the basic substance of the spiritual experience has always been the same, teachers expressed it in different ways because they were only able to approximate their experience through the words and symbols of their time and place. In each time, and in each place, these symbols and expressions were unique and different.

Over the centuries these differences intensified. Groups and communities of followers, intent on maintaining their identity and ensuring their coherence, froze the original pronouncements into sacred doctrines, and made the doctrines into holy dogmas, sometimes further honed to serve their followers’ social and political aims and ambitions.

But how does the spiritual experience itself come about? Today we have a better answer to this question than we ever had before. A spiritual/religious experience can happen at any time and in any place, but it usually occurs in an altered state of consciousness. In that state, as psychiatrist Stanislav Grof notes, we can apprehend anything that exists in the universe. We can even apprehend universal archetypes and mythical beings.

The altered states that give rise to the spiritual experience can be purposefully induced. As traditional cultures have known and practiced for millennia, the experience can be triggered by dancing, drumming, rhythmic breathing, and also by the use of psychedelic substances (although these can be dangerous to health). Prayer and meditation is the royal road, and their depth and efficacy can be enhanced when practiced on altered-state-conducive “sacred” sites.

Churches, temples, mosques, and synagogues were built to facilitate the spiritual experience of the faithful. Traditional people have often gone further: they have sought spiritual transformation even through “temple sleep.” This meant spending a night in a venerated location, trying to incubate dreams for initiation, divination, or healing. Dynastic Egypt had special temples for suppliants who would fast and recite prayers immediately before going to sleep, and Jewish seers would spend the night in a grave or sepulchral vault, hoping that the spirit of the deceased would appear in their dream and offer guidance. In Greece there were over 300 dream temples dedicated to Aesculapius, the god of healing, and in China the temples where state officials sought guidance were active until the 16th century.

The spiritual experience usually comes about in altered states, but what does the recurring substance of the experience signify? What is that “something deeper and larger than ourselves” to which the experience seems to connect us?

An answer to this question is given by every religion, and today it can also be given by science, if only hypothetically. Science suggests that the spiritual experience opens the brain, with which our consciousness is associated, to an extended range of information. This information is real, but it’s not always received. Here by “information” I don’t mean the information we produce when we talk, write, or act. I mean the kind of information that scientists now discover underlies everything in the universe.

Information is entirely basic in the universe. In the latest conception the universe doesn’t consist of matter and space; it consists of energy and information. Energy exists in the form of wave-patterns and wave-propagations in the quantum vacuum that fills space; in its various forms, energy is the “hardware” of the universe. The “software” is information. The universe is not an assemblage of bits of inert matter moving passively in empty space: it’s a dynamic and coherent whole. The energy that constitutes its hardware is always and everywhere “in-formed.” It’s in-formed by what David Bohm called the implicate order and physicists now regard as the quantum vacuum or zero-point field (also called physical spacetime, universal field, or nuether). This is the “in-formation” that structures the physical world, the information we grasp as the laws of nature. Without information the energy-waves and patterns of the universe would be as random and unstructured as the behavior of a computer without its software. But the universe is not random and unstructured; it’s precisely “in-formed.” Would it be any the less precisely informed, complex systems could not have emerged in it, and we would not be here to ask how this on first sight highly improbable development could have come about.

Science’s answer to the “what” question refers to an entangled, holographic, non-locally connecting in-formation field in the cosmos. In my books, in greatest detail in Science and the Akashic Field, I discuss the evidence for this field and note that the Hindu seers referred to it as Akasha, the fundamental element of the cosmos. In recognition of this feat of insight, I am now calling the information field of the universe the Akashic Field.

But how does science’s answer to the question regarding the fundamental significance of the spiritual experience relate to the answer given by religion?

For the world’s religions the larger and deeper reality to which the spiritual experience connects us is a numinous, divine reality. It’s either a spirit or consciousness that infuses the natural world (the “immanentist” view), or a spirit or consciousness that’s above and beyond it (the “transcendentalist” claim). Traditional polytheistic religions were leaning toward the former, while the Abrahamic monotheistic religions (with some exceptions) embraced the latter.

The difference between a divine intelligence immanent in the world and one that transcends it is not negligible, but it is still only a difference in interpretation. The “raw data” for both positions is the same: it’s the spiritual experience, a quantum communion with universal oneness. In the Western religious perspective this is communion with the spirit that infuses the cosmos, identified as God. Deepak Chopra writes, “Spirituality is the experience of that domain of awareness where we experience our universality. This domain of awareness is a core consciousness that is beyond our mind, intellect, and ego. In religious traditions this core consciousness is referred to as the soul which is part of a collective soul or collective consciousness, which in turn is part of a more universal domain of consciousness referred to in religions as God.”

Our experience of the core consciousness of the world is ultimately an experience of the universal domain of consciousness Western religions call God. The experience itself, if not its interpretation, is the same in all religions, and in all religions it inspires a sense of oneness and belonging. Michael Beckwith affirms that “when you strip away the culture, history, and dogma of every religion, the teachers of those religions were teaching very similar principles and practices that led to a sense of oneness, that ended a sense of separation from the Whole.”

Science’s answer to the question of what the spiritual experience connects us to is immanentist. The information that underlies the universe, the Akashic Field, is part of the universe. This doesn’t mean that the immanentist position necessarily states the ultimate truth; it only means that science can only take an immanentist position. Scientists are limited to speaking about the natural world; they must leave speculation about transcendent realities to poets, philosophers, and spiritual masters.

It’s time to conclude. If the substance of the spiritual experience is always and everywhere the same, differences in its expression and interpretation are secondary and not a valid cause for conflict and intolerance. The world to which our quantum brain connects us is fundamentally one, whether its oneness is due to an information field within the natural world or the work of a divine transcendent intelligence. To enter into communion with this oneness has been the quest of all the great teachers and spiritual masters. And to understand the nature of this oneness has been, and is, the ultimate quest of all great scientists. Still today, physicists seek the one equation that would anchor their famous “Theory of Everything,” the theory that would account for all the laws of nature and explain everything that ever happened in our integrally whole universe. Einstein said that knowing this equation would be reading the mind of God.