Using Your Quantum Brain to Connect to the World

May 25, 2011 by Ervin Laszlo, in First blog
In my last post (“If Your Brain Is a Quantum Computer, Can It Connect You to the World?) I said that your brain — as all normal human brains — can connect to the Akashic information field of the cosmos, because it’s a quantum computer capable of operating and communicating in quantum resonance mode. Yet in today’s world most people fail to make use of this power of their brain. We keep peering at the world through five slits in the tower, when we could open our mind to the sky. Why is that — and what can we do about it? 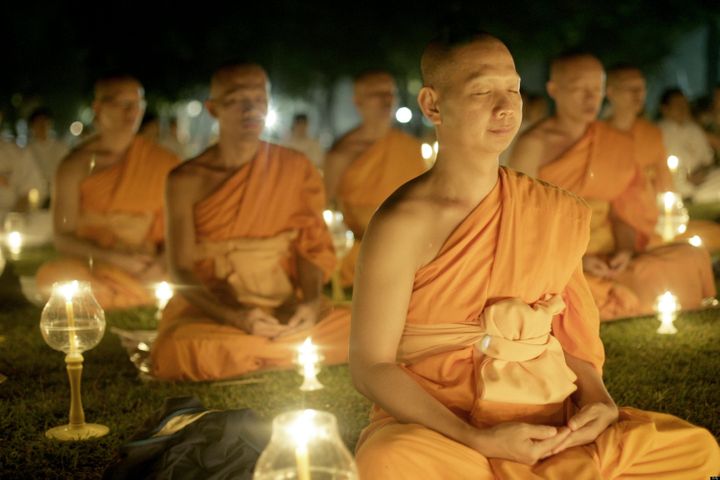 The answer to the question of “why” is clear: it’s because we repress the feelings, insights, and intuitions that come to us spontaneously. We don’t allow them to reach our consciousness. And if any of this seemingly inexplicable information gets through, we dismiss it as imagination. Children don’t repress it before they are told it’s mere fantasy, and they often come up with stories and ideas that are truly significant: Ian Stevenson of the University of Virginia has verified thousands of children’s reports as bona fide memories stemming from what appears to be previous lives. Artists, spiritual teachers and innovative people remain open to spontaneous apprehensions all their lives, and these apprehensions prove to be a deep source of their insights and creativity.

It’s a pity if you fail (as most of us do) to open your mind to the sky. You lose out on a source of insight and intuition that could help you live better, in harmony with other people and nature. As it is, most of us tend to feel lonely and isolated, strangers in an indifferent and hostile world.

But your feeling of separateness is not irreparable: it can be overcome. You can enable your quantum-computer brain to connect you to the world. What you can do on this score is best understood in reference to the workings of the two hemispheres of your brain.

In us modern people the two brain hemispheres work almost independently; there is hardly any correlation between them. It’s as if we had two brains. We have a spontaneously apprehending broadband receiver that picks up a wide variety of signals but cannot order them and express them in ordinary language: this is our right hemisphere. And we have a highly focused, linearly ordering logic and language-based narrow-band receiver: our left hemisphere. If we only had the right hemisphere — or if we let it dominate our consciousness as traditional and indigenous folk do — we would live in a magical world, a world alive and full of meaning, but we would have difficulty expressing and communicating what we experience. With our left-hemisphere dominated brain we live in the everyday world of material things and forces and we can communicate articulately. But we seem to have little or no connection to anything outside our skin; our drives and our self-interests make up the warp and woof of our existence.

You can do better than this. You can open your consciousness to the sky by allowing the information that flows into your right hemisphere to inform your left hemisphere. To do this you must desist from dismissing your spontaneous insights, feelings and intuitions as fantasy; you must hold them and reflect on them as potentially deeply meaningful segments of your life’s experience.

But what if you don’t have spontaneous apprehensions? Or have them only rarely and fleetingly? Then you should seek to enhance the receptivity of your brain’s right hemisphere. Fortunately this can be done: the technique for doing so has been known for millennia, practiced by shamans, medicinemen and women, and spiritual teachers. In our time it’s also practiced by artists, writers, and even scientists, although most scientists don’t practice it consciously. Yet Einstein, who was a highly intuitive person, noted that, in science, imagination is more important than reasoning. And Thomas Edison declared, in a little-known but remarkable essay, “People say I have created things. I have never created anything. I get impressions from the Universe at large and work them out, but I am only a plate on a record or a receiving apparatus ... “ (Gary Indiana Gazette, 1911).

Put simply, the way to enhance your connectivity to the world is to cultivate altered states of consciousness. This means taking time to enter into communion with yourself: meditating, praying, daydreaming, or just relaxing, allowing your mind to empty and your thoughts and ideas to flow freely. (Buddhists have been teaching this for centuries.) When this happens your right hemisphere becomes dominant, and spending time in this state changes the way you feel, and the way you act; it changes the way you see yourself and the world. It shifts the pattern of dominance in your consciousness.

Your altered states of consciousness are not abstract and imaginary, for they are not only mental states but states of the brain with which your consciousness is associated. And your brain states are physical states, and their workings can be measured by physical instruments.

During our entire lifetime our brains emit electromagnetic oscillations that can be measured by a device called an EEG (electroencephalograph). In our ordinary waking state these waves are almost entirely in the high-frequency Beta domain. When we meditate, pray, or are in a deeply relaxed state, our brain emits mostly Alpha waves. Practiced meditators, natural healers, and persons of deep spirituality show brain activity also in the Theta region. And unusually gifted healers and great spiritual teachers remain conscious even in the low-frequency Delta region, although that region is normally active only in deep sleep. (Beta waves are in the 12 to 30 Hz [frequency] domain, Alpha waves are between 8 and 12 Hz, Theta waves between 4 to 7 Hz, and Delta waves are below 4 Hz.)

Repeated and controlled experiments show that as people enter progressively deeper altered states, their EEG waves shift to lower regions: first to Alpha, then also to Theta. While some Beta waves persist — indicating activity in the context of everyday life — the deeper regions now become active, and the whole spectrum of waves becomes harmonic. What’s more, the waves of the two hemispheres become synchronized. Practiced meditators, healers, and spiritual teachers can achieve a level of cross-hemispheric synchronization that reaches 98 percent; at that point their two hemispheres are in syntony, their brain working as an integral whole.

When you enter an altered state you open your consciousness to the sky — you connect to the Akashic information field of the cosmos. Psychiatrist Stanislav Grof, who for more than thirty years did thousands of experiments with altered states, was definite on this point: in an altered state people can apprehend anything that exists in space and time, no matter how big or small, and how near or far.

In my next post I’ll explore whether by connecting to the cosmic information field you are in fact connecting to the intelligence that pervades the universe — to something that in the religious context we could consider the mind of God.