Why Your Brain Is A Quantum Computer

Scientists have believed that the brain operates as a biochemical and bioelectric system. Individual brain cells, so-called neurons, fire in complex coordinated patterns, and their chemical and electrical discharges make up a network that processes information. Somehow, this information (or some part of it) gets translated into conscious “mind-events”: shapes and colors, sounds, and the other “data” of your senses. 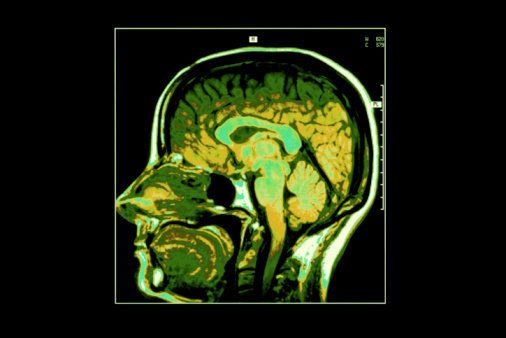 However, there is mounting evidence that your brain doesn’t operate merely by biochemical and bioelectric information processing. What your brain does is far more complex, fast, and sophisticated than could be accomplished by this standard kind of information-processing. Thousands of chemical reactions take place every second in every cell of your body, and your brain and nervous system ensure that they are sufficiently coherent and coordinated so that your body can maintain itself in the complex and physically highly improbable state we call living.

Your brain is the command center that directs the flow of the precise, highly coordinated information crucial to your body’s genetic, chemical, and physiological processes. These processes are based on the interaction of molecules and atoms, and subatomic particles. Though in large part biochemical, these processes have a significant nonlocal component as well. By “nonlocal,” I refer to the finding in physics that particles once connected retain their connection and influence upon each other even at a distance—they are said to remain “entangled.”

The particles and atoms in your body are “entangled” with each other: they receive and transmit information not just by biochemical means, but by the remarkable process known in quantum physics as “phase-conjugate quantum resonance.” Phase-conjugate quantum resonance is a term used by physicists that means that the particles are “non-locally entangled.” It is thanks to the existence of this ultrafast, ultrasubtle, but enormously efficient way of transmitting information that your body can be alive, and stay alive.

What’s revealed at the leading edge of quantum physics and quantum biology is that your body is not just a biochemical system: it’s also a “macroscopic quantum system.” Quantum systems were believed to exist only at the submicroscopic level, where quanta are in the state known as “coherent,” which means that they are able to get into synch with each other.

Interactions at ordinary dimensions and temperatures were believed to destroy their coherence: they render macroscale bodies “decoherent.” In other words, it was believed that once these quanta assembled themselves into particles, atoms, molecules, cells, and ultimately complex systems like the human body, the relationships that existed between these building blocks ceased to operate according to the same laws of physics or to function in the same manner as they did on the submicroscopic level. Instead of continuing their non-local dance of coherence, they ceased to be in this astonishingly close kind of relationship and went largely their separate ways.

But this is not entirely the case. Some theories claim that specifically organized networks of quanta—for example, networks where the particles are “woven” or “braided”—are sufficiently robust to maintain quantum coherence at macroscopic dimensions and ordinary temperatures. In other words, the dance continues even when the particles are organized into larger systems like a human brain or body.

This makes sense because living systems exhibit highly and until recently inexplicably coherent behavior. Their cells and organs resonate in phase, and the entire living organism seems to obey one encompassing “macroscopic wave-function.” In other words, instead of functioning like a bunch of cells and chemicals each doing their own thing unaware of each other, all the biochemical and bioelectric dance in superb coordination acts like a giant wave which moves and flows as one, despite the many individual droplets that are within it.
This means that your body is not just a biochemical system: it’s also a macroscopic quantum system. Your brain is not just a bioelectric and biochemical computer, but also a quantum computer. The cells of your body, and the neurons and networks of neurons of your brain, are entangled with each other. This is why your brain can perform functions that are entire dimensions beyond the capacity of any conceivable biochemical system. If and when quantum computers are developed, we may for the first time see man-made systems that come close to matching your brain’s information-processing powers.

In my next post I’ll explore the implications of this for you, and for the survival of all humankind.