10 Questions to Test Your Consciousness

There can be no doubt: if we're going to live sustainably and in peace with each other, we must all shift from a tribal to a planetary consciousness. 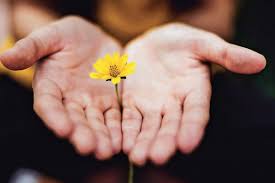 But just what is planetary consciousness? Here is how we defined it in the Manifesto on Planetary Consciousness that I drafted with the Dalai Lama and other luminaries of the Club of Budapest in 1996: "Planetary consciousness is knowing as well as feeling the vital interdependence and essential oneness of humankind, and the conscious adoption of the ethic and the ethos that this entails."

It was our conclusion at that time that the evolution of planetary consciousness was the foundational imperative for the survival of the human species. I remain more convinced than ever that this is the case.

But what do you think? Assuming you agree that we must evolve beyond tribalism if we are to survive, would you consider yourself to have planetary consciousness? Here are 10 questions that I believe, if answered honestly, will tell you whether you do.

Answering these ten questions with an honest yes doesn't call for money or power. It calls for dedication and solidarity, for the spirit that creates true community, both locally and globally.

The evolution of planetary consciousness is without question an imperative for human survival on our planet. In its absence it's difficult to see how all seven billion of us will be able to live in peace -- or even just survive. To paraphrase Gandhi, "Live consciously, so that all of us may live."