Dawn of an Era of Well-Being: The Podcast with Lynne McTaggart

Listen to the podcast here

Lynne McTaggart is an award-winning journalist and the author of seven books, including her forthcoming book, The Power of Eight®, and the worldwide bestsellers The Field, The Intention Experiment and The Bond, all considered seminal books of the New Science and now translated into 30 languages. Lynne’s been referred over the years as a ‘metaphysical rock star’, ‘the Madonna of the Quantum World,’ ‘the Malcolm Gladwell of the New Science’ and even ‘The Dalai Mama.’ She is consistently voted one of the world’s top 100 spiritual leaders for her ground-breaking work with consciousness and the power of intention, and she’s chiefly known for the quality of her writing and in-depth research. She’s also architect of the Intention Experiment, a global ‘laboratory’ involving thousands of readers around the world testing the power of group thoughts to heal the world. As co-founder and editor of the world’s No 1 health magazine, What Doctors Don’t Tell You, now published in 14 countries worldwide, Lynne is a tireless campaigner for consumer rights in health care. Most recently, she has discovered the Power of Eight®, phenomenon – the fact that intention magnifies and rebounds in a small group, which is presently being studied by a major university. 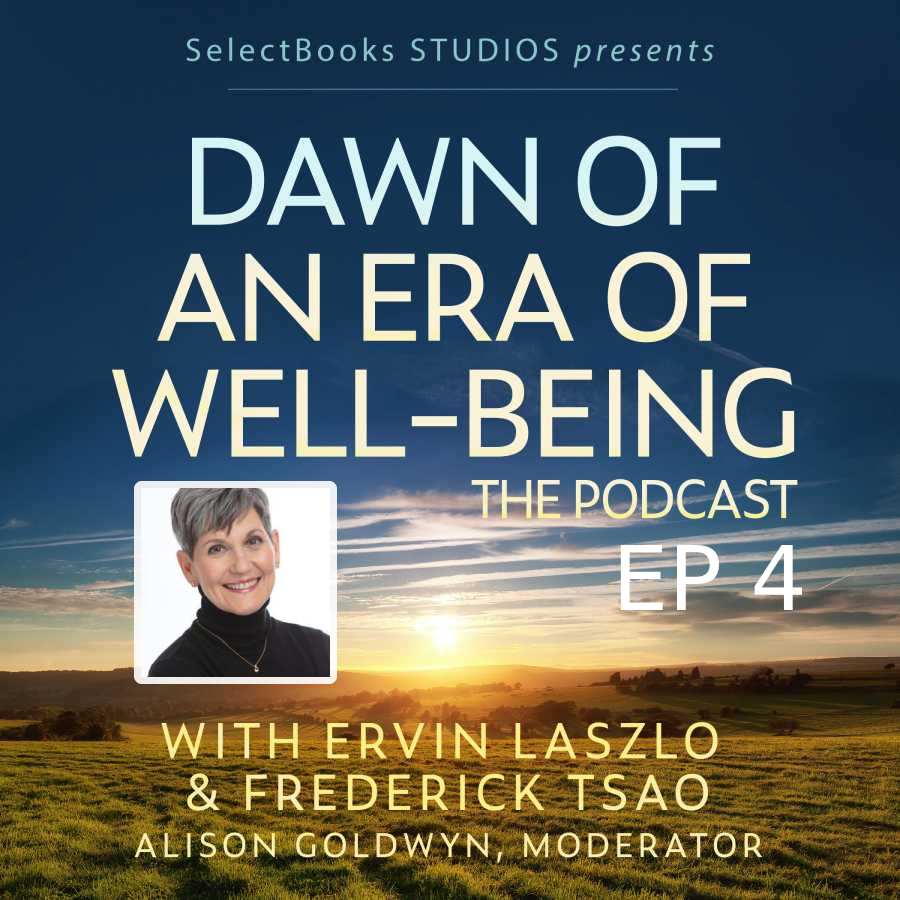 Thank you for listening to Dawn of an Era of Well-Being: The Podcast. Please subscribe to the program as we have more guests joining Ervin, Fred and Alison for more fascinating conversation. If you enjoyed our program, here are a few links that may be of further interest:

The book Dawn of an Era of Well-Being: New Paths to a Better World by Ervin Laszlo and Frederick Tsao is available wherever books or e-books are sold including Amazon and Barnes & Noble.